Ari Global is a television host, social media influencer, producer, content creator, and public relations specialist. She is the creator and owner of the ¨Ari Global Show¨ and the CEO of ¨Global Entertainment Enterprises¨.

She strongly believes that everyone has an inspirational story to tell and has a special gift for connecting with her interview subject and the audience. Her mission is to inspire people to achieve their full potential through her interviews and other content.

Ari has over 500,000 followers on Instagram and 1 million average monthly interactions on YouTube. Some of her YouTube interviews have garnered more views than those of major networks, such as her interview with Ozuna which reached more than 3.7 million views, making it his most watched interview on that platform.

Fluent in Spanish and English, she was born in Venezuela and has lived in many different cities including Paris, New York, Miami, and Madrid. Her upbringing, education, and exposure to different cultures have given her a unique perspective that she conveys through her work.

She is a graduate of the American University of Paris with a major in Global Communications and received a certificate in Event Management from New York University as well as a certificate in English as a Second Language from Georgetown University. In London she attended a Professional TV Presenting and Media Training course at the BBC. Ari Global has a strong presence in many facets of the entertainment industry. She has worked as an influencer on several marketing campaigns: Lexus, Flat Tummy, Visit Israel, the movie “The Nun,” and Warner Bros, to name a few.

Ari Global has been a guest and collaborator on networks such as CNN, NBC, ESPN, Telemundo, Hola TV, People en Español, and Univisión. She was featured on 3 magazine covers in New York City: En Vivo Magazine NY, Hispano América News, and Sport & Más. Ari was from an early age, always willing to volunteer her services for a good cause. She volunteered for community events at the UCCA University in Peru, helping young people who did not have enough resources to receive a better education. She has also done volunteer work at different organizations like Unicef, Las damas Salecionas, UCCA university in Peru and others.

Her passion for entertainment and production inspired her to create her own TV segment called ARI GLOBAL Show. Ari Global Show is a motivational and entertainment bilingual (Spanish- English) TV Show, where they have guest stars: actors, singers, entrepreneurs, athletes, influencers, and the most popular public figures of the moment. The main purpose for each of her interviews is to inspire people by creating careful and insightful questions for her interviewees on how their personal mission has shaped their careers and success. 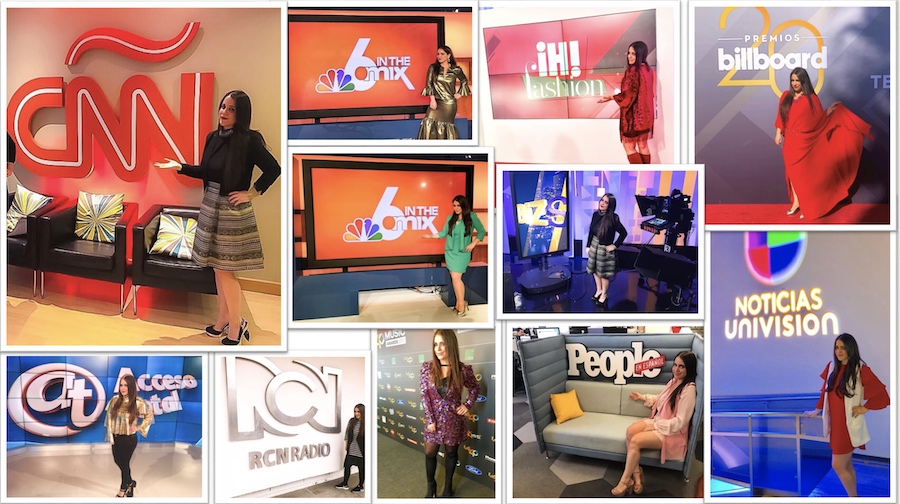