THE MOST EXPENSIVE with Debbie Wingham

THE MOST EXPENSIVE… – reality TV show produced and hosted by the legendary artist and the Queen of everything that is The Most Expensive, Debbie Wingham. 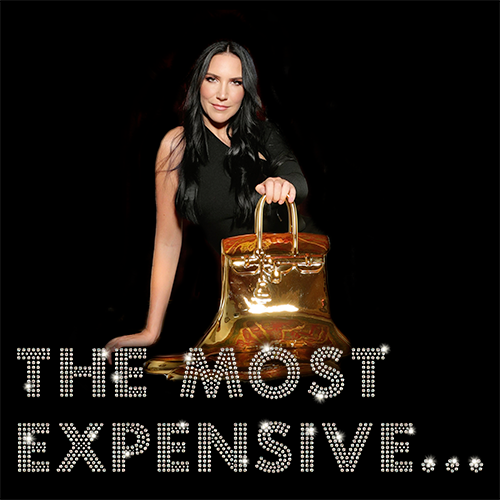 Debbie Wingham is a world-renowned multimedia artist. She started her career in haute couture, went on to swap fabric for fondant and conquered the world of sugar artists and she is ever-evolving… Nowadays, Debbie is best known as the “Queen of the Worlds Most Expensive”.
She is a self-confessed advocate for over the top, larger than life installations and switches between art forms constantly. With a global following and more than 50 TV shows under her belt and above 100 magazine covers.
Debbie is one of the few artists in the world to be celebrated for so many different art forms, whether in silk, metal, emu eggs, chocolate or even oil paint. She often features upcycled materials and is a leader in Eco-Luxury. One of her latest projects, presented in December 2021 was the most expensive advent calendar which received global media attention and featured original oils and fine art sculptures. This art installation created for a private client was published in renowned press outlets such as The New York Post, the BBC, Al Jazeera to name just a few and generated over 2 million pounds in PR value.
Some of her esteemed pieces include the black diamond dress, red diamond abaya, world’s most expensive shoes and bag. She even carries the accolade for the world’s most expensive Christmas tree. Her work goes viral regularly and some of her clients include Justin Bieber, Drake, Katy Perry, Dubai Tourism, Kempinski Group and Accor Hotel Group.
In 2021, Wingham made the transition to full-time painting, her debut, ‘Everyone’s Got Baggage`, was presented in Marbella and critically acclaimed around the world. The exposition gave a positive take on mental health, demonstrating strength and growth after the Covid 19 pandemic with all revenue going to various mental health charities. Rapidly followed up by a collaboration with Dubai Tourism producing the world’s most expensive frame which was a series of works where the Dubai skyline became Debbie’s Muse and most recently the world’s most expensive advent calendar. In the Summer of 2022, Debbie Wingham has been appointed the Ambassador of Puerto Banus to curate the ultimate social media back drop her sponsors include Samsung, Ferrari and Cartier and this will begin the middle of May running the whole of Summer. 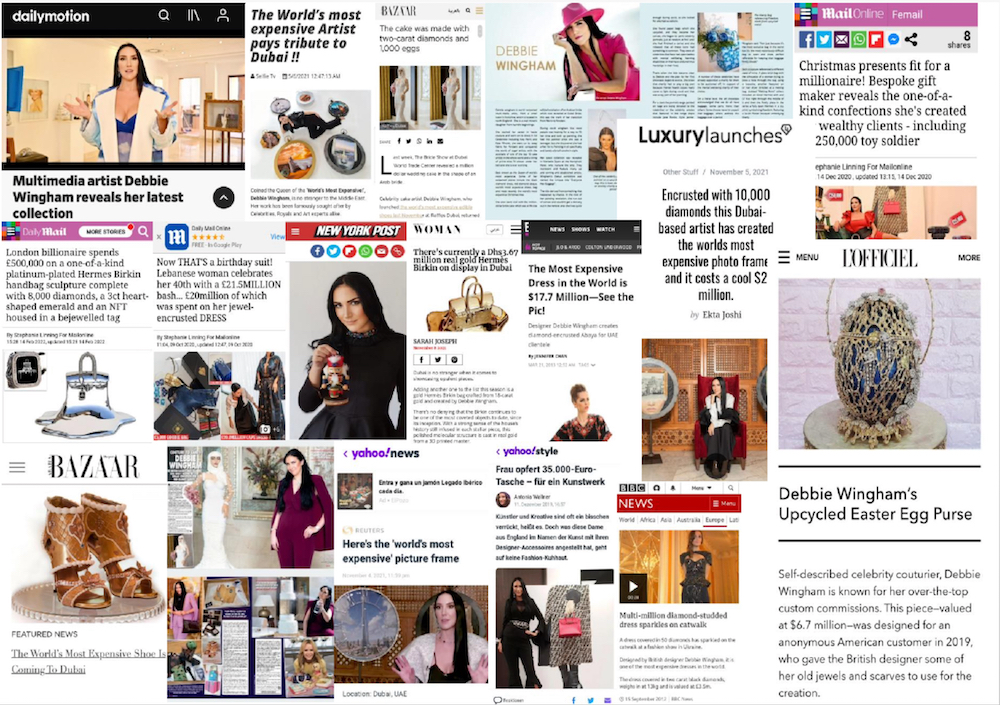