“SEDUCE LIKE A SPY” produced and hosted by the celebrity ex-Spy, Aliia Roza, breaks down the mechanics of seduction by interviewing influencers and celebrity guests, analyzing movie scenes, and giving the audience a taste of her former life behind the veil of secrecy. 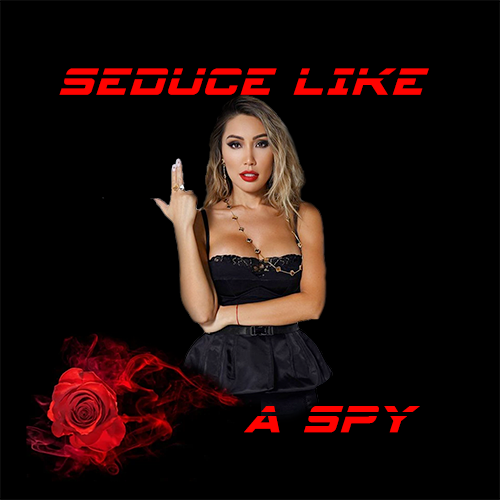 Aliia Roza was born in the USSR, and at the age of 18 served in the military and became an intelligence agent fighting drug and human trafficking. After serving in the military for several years she moved to Europe where she earned a masters degree in the fashion from University “Istituto Marangoni” in London.

Upon graduation, she went on to found her Women Empowerment fashion related club and organized more than 30 charitable events in aid of underprivileged children & women in London and Paris, promoting brands including Cartier, Chopard, Rolls Royce, Balmain, Roberto Cavalli and others.

She has also been the face of luxury diamond brands Damiani and Rolls Royce, featured in Vanity Fair, Tatler, Forbes, TMZ, The Sun, New York Post, Woman Sense and other press.

As a Women Empowerment activist and influencer, awarded by Forbes magazine in 2019 and 2022 at the Cannes Film Festival and Miss Asia 2017 crowned by Sushmita Sen in London, Aliia Roza is a public speaker bringing awareness and raising donations to the world conflict to support women and children in need. Official website 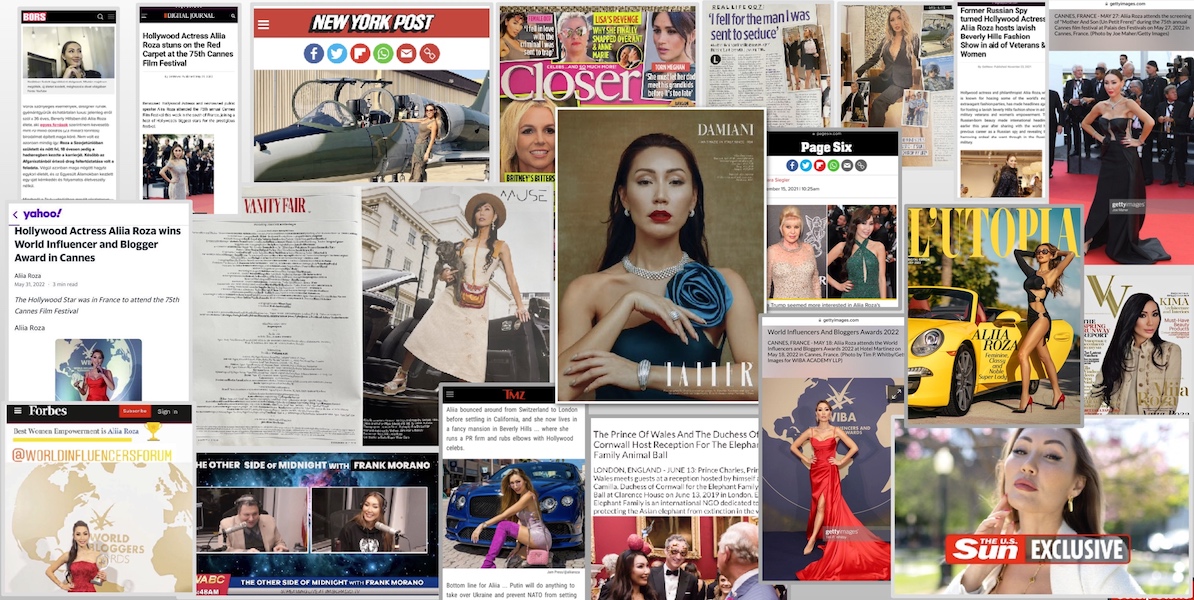